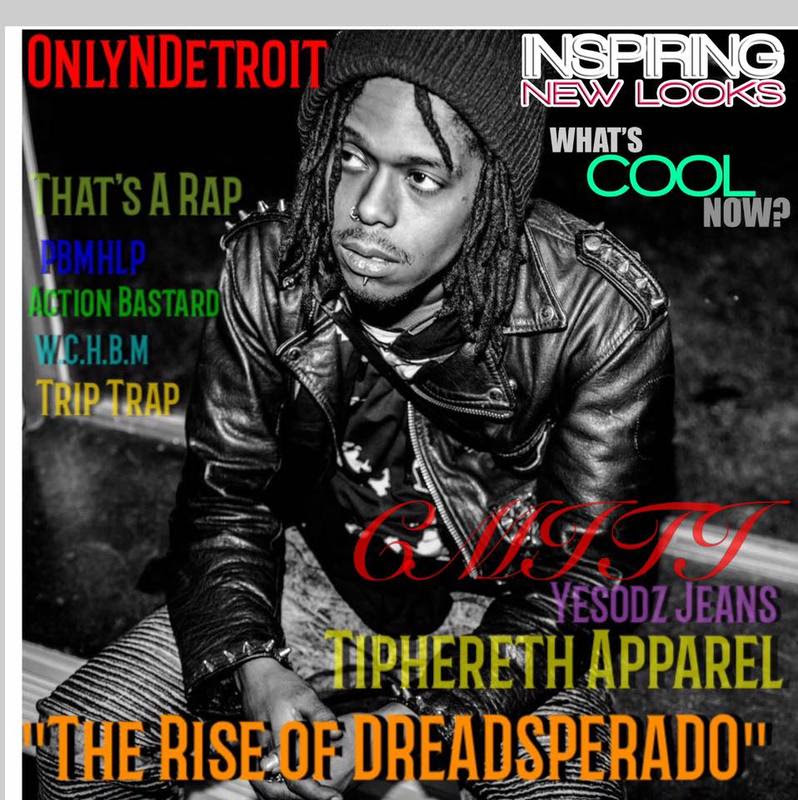 Detroit Juggernauts” was the title that CYT gave DREADSPERADO and his band of associates after his “Trip Trap” mixtape debut on DatPiff. There was speculation that “DREAD” had fraudulent stats when DatPiff reached out to him via email.

Before even speaking with Cel, the site reset all of the mixtapes stats to 0. DREADSPERADO was very open about how the mixtape gained such success. The key element is his PR. SwerrrdMedia was very instrumental in providing the tape with much love. ThisIs50.com was one of the first sites to get hip to “Trip Trap” and drew in 3k streams and that’s not counting the other sites.

DREAD has been following an even flow of tactics when releasing projects. As of recently, he has set up a clothing line partnered with Square and is operating sales online only. EMCEE has reached out to the young MC and it has been confirmed that he will be joining their writers staff.

DREADSPERADO: “I plan on using this platform to further expand our magazine and newsletter services.”

Following Trip Trap, Cel released another free project titled “OnlyNDetroit” that featured a ton of skilled artists he has assisted from the Detroit scene. It was backed by Feature.FM and is said to have another installment in the works now. 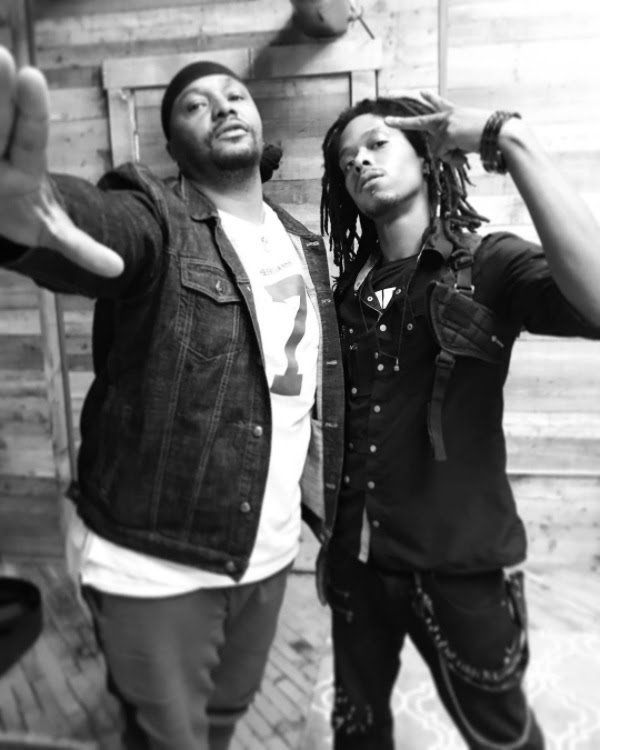 CYT: In mid August, he travelled to Chicago with Coast2Coast Live and won the performance slot in front of Malik Yusef. 6x Grammy Winner and manager of Kanue West’s G.O.O.D Music label. He is working on an EP for the label As well and it is said to be the defining project of DREADSPERADO.

D: “I’m working on this with a really close friend of mine. We actually lived next door to each other as kids and knew each other all of our lives. His name is Sarone Knowlton, he has mad guitar flubeum and the elements he brings help understand the meaning of the DREADSPERADO essence. You can expect the nostalgia of an N.E.R.D Fly or Die feel versus a latino vibe. The rap to song ratio is tweaked but still the same, yet a more developed Cel-Man Iller.” 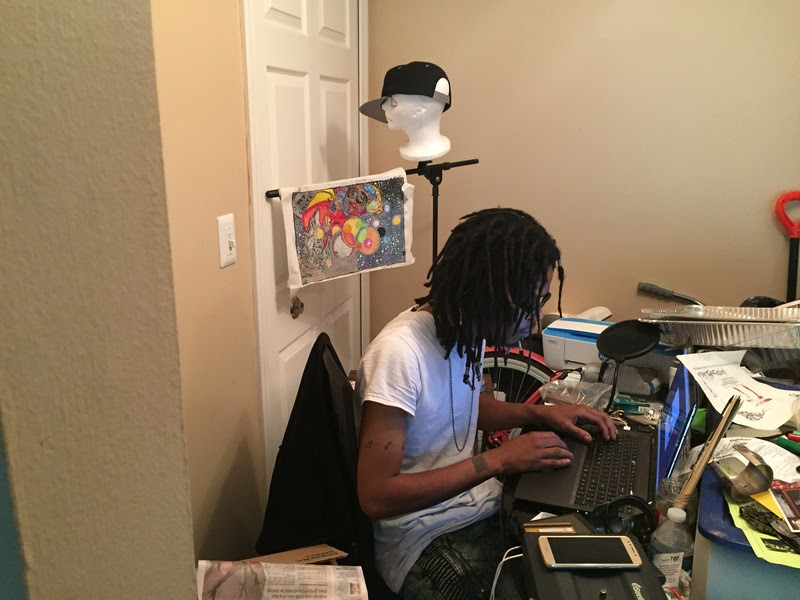 “I spend most of my time at home because I am a full time live in caregiver for my grandmother. Due to the loss of my grandfather a year ago, I’ve had to step up and come up with a better strategy of how to push content while tending to her needs. This has slowed production down a tad but it hasn’t killed my artistic spirit. In fact, it’s a learning experience because I am gaining a lot of insight on lifes mechanics and the poetry of life. Thanks to EMCEE, I get the chance to expand and reach out to more people.” – DREADSPERADO

KS: So what strategies did you get a chance to come up with?

D: “This gave me time to sit down and map out my business plan for my craft and my future endeavors. I began formulating the designs for my clothing line. This idea came to me when I had the Club Bleu Showcase coming up back on 7/7/17. The idea for the OnlyNDetroit mixtape was already in effect and I was performing my set with artists I hand picked that were being featured on the mixtape. I thought back to the days when Prince first came into the scene and he would come in clubs with his crew and all their clothes looked like Prince made them and they believed in his visions so much it amplified the magnitude of their conjoined swag. All I knew was I wanted all of my crew looking good and fresh. I get complimented on my style on the daily, I think I knew what I was doing was a good idea. That’s just one strategy. I’m not giving you all my gold though.”

KS: So it’s just music, and if not music, it’s the clothing line and bringing to life the DREADSPERADO culture?

D: “Not even. Monday through Saturday I run a newsletter service. Nothing to big right now but I do have some note-worthy readers; 88Rising, Spin Magazine, XXL Magazine, FM Radio stations, NASDAQ, AfroPunk & more. The entire subscriber base is about 6k members, with an average “email open rate” of 7-15% daily readers which equals out to about 12-30 read newsletters. Like I mentioned earlier, I’m trying to land a job with MetroTimes or Complex! …but the Newsletter is what spurred the idea for CYT Magazine.”

KS: Let the people know. Who all contributes to CYT?

D: “Blessed to have the people I do. There’s only a handful. Myself, Tammy Poole is the Executive Producer for “That’s A Rap”, yourself; Kenji Satoshi, journalist, Terrell Groggins is a contributing photographer, Victoria Vivoca works marketing, Kyle Storm Sommers is Assistant marketing director for the clothing line and an editor & Ava Duncan, newsletter staff leader. I hope I’m not missing anyone.” 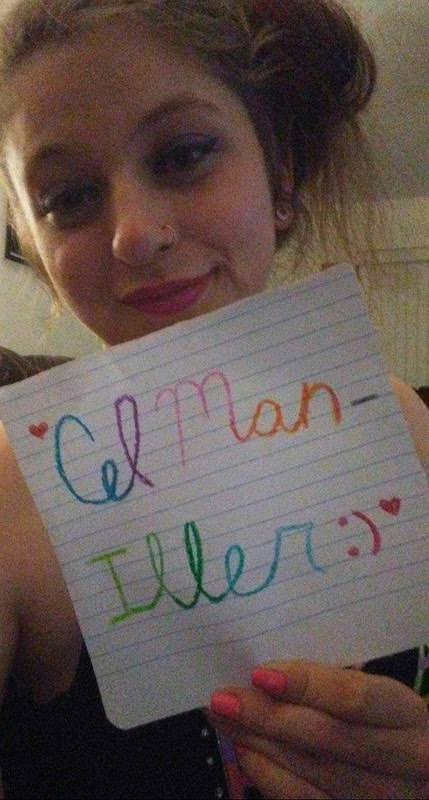 D: “Well, there are layers to the formula’s.

When I was younger, I played a lot of video games and had a strong connection to those that were cel-shaded. (Cel)

Growing up, my favorite rapper was Del Tha Funky Homosapien. (Cel, Tha) I used to rap Del as kid in my bedroom and I would pretend I was on stage with him, until he influenced me to write my own music; my lyrics weren’t up to par so most of the time I would replace Del’s name with Cel because I “felt his lyrics” all the time and it felt very relatable to my outlooks.

My first lyrical gimmick was accomplishing excellent flow, unlike any other lyricist I knew of; so my flow cruised like a “sail” boat. (Cel)

My mother used to pre diagnose me with salmonella poisoning due to the large volume of raw cookie dough id eat. (Cel-Man Iller rhymes with Salmonella); but I’m still alive and I plan to find the means for humanity to live forever. I aim to kill “Death”.(Immortal)

After the release of Action Bastard is when DREADSPERADO really stuck because of the clothing line and learning to define myself.
I was born without my biological father in my life (Bastard) and my clothing style consist of gun holster, straps and all types of gear “to be prepared at all times” (Action)

With my style reeking “Desperado” and my dreadlocks being a key signature brand for the culture. Everything else is history.
(DREADSPERADO)”

HiTech is taking over the Bruiser Thanksgiving stage tonight at The Russell Industrial Center!

HiTech is taking over the Bruiser Thanksgiving stage tonight at The...

Review: Johanna Dadap – The World’s Gone Up In Smoke